Compiles decades worth of legendary technologies into one all-inclusive, simple and affordable package!

Comprised of the best Eventide® effects from thirty-five years of crafting effects used on the top recording and post-production projects, Anthology II includes the entire Anthology bundle, plus six new essential production tools to round out the collection, forming the most complete Eventide bundle ever. The Anthology II bundle contains all the plug-ins you need for your next Pro Tools TDM project.

Instant Phaser™ simulates the world's first phaser, a single-function analog processor featuring a sweeping filter bank. Led Zeppelin loved the original so much, they offered to endorse the product. Take a listen to "Kashmir" to hear the original.

Instant Flanger™ is the plug-in recreation of one of the first hardware products to faithfully simulate tape flanging. The plug-in provides the ability to choose or combine modulation sources, including the LFO, or input signal (envelope follower), or manual sweep (which can be controlled by MIDI).

Omnipressor® is a dynamics processor with an attitude. Dubbed the Omnipressor because of its unique ability to both compress and expand audio, it is capable of extreme compression, limiting, expanding, and dynamic reversal. Widely used on hit records throughout the last three decades, one of our first customers was a young Brian May, lead guitarist of Queen. With the Omnipressor in his rig, his sound was never the same again.

H910 is the recreation of the very first Harmonizer brand effects processor, and was adopted by industry luminaries like Tony Visconti who used it to create the unique snare sound on Bowie's Young Americans, Low, and Lodger. Frank Zappa used a H910 in his live guitar rig.

H949 took pitch changing even further introducing the world's first intelligent de-glitching algorithm. With controls for inserting pitch shifting into the feedback loop of a delay, radical new effects became possible. The original was widely utilized by many top engineers and performers, including a young Jimmy Page, who adopted an H949, the only piece of digital gear to grace his rig.

H3000 Band Delays™ is derived from the H3000 Band Delay algorithm; H3000 Band Delays is the plug-in for Pro Tools TDM featuring eight voices of tempo-based filtered delays with pan and volume controls. All eight filters are fully parametric with configurable low/band/high pass or shelving choices and a bandwidth control. Band Delays deploys an extensive Function Generator for modulation offering nineteen waveshapes, as well as MIDI control, and includes all of the original Band Delay presets found in the H3000.

H3000 Factory™ is based on the ever-popular Factory algorithms from the H3000 and is the ultimate effects tool kit. H3000 Factory features the ability to patch together any combination of eighteen effects blocks. Available effects blocks include delays, amplitude modulators, envelope followers, pitch shifters, filters, and low frequency oscillators. The Function Generator features nineteen waveshapes, a white noise generator, MIDI control, and a sidechain input. All delays and LFOs can be locked to system tempo. Each delay can be looped and offers a low pass filter. The filters are selectable band pass, high pass, and low pass with variable Q, and can be swept and modulated without audible artifacts.

Eventide Reverb is truly flexible, comprised of the best Halls, Plates, Rooms, Chambers, and Ambience from Eventide's top-of-the-line H8000 hardware processor. The reverb algorithms are complemented by a pair of three band parametric EQs (one before and one after the reverberator), a compressor which can be placed either before or after the reverberator, twin delays, and a bit reducer. 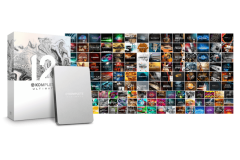 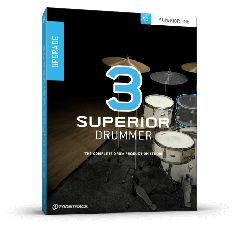 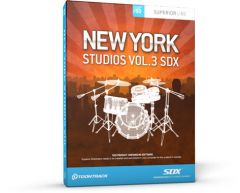