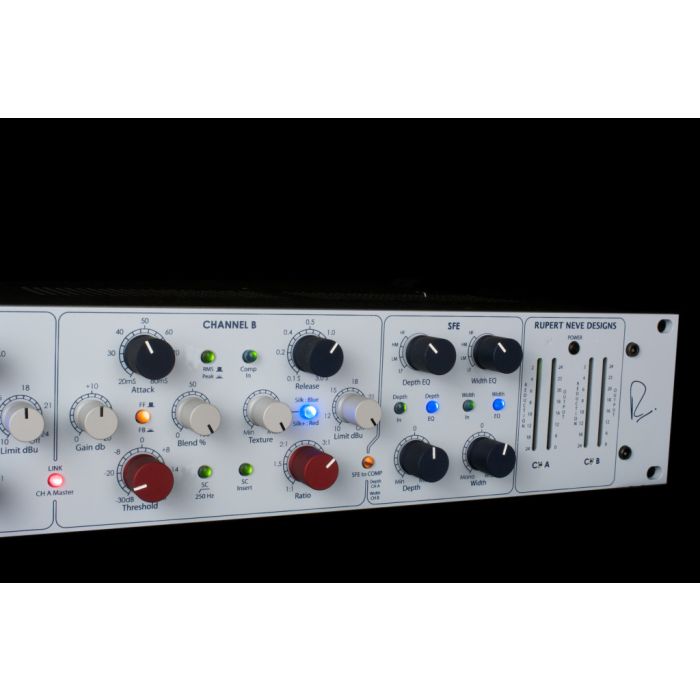 Based around the high voltage, discrete and class-A signal paths made famous in the 5088 Mixer and the Portico II Channel, the Portico II Master Buss Processor is a creative tool that redefines the boundaries and limitations of traditional 2-channel compression and limiting. Though originally developed for mastering applications, the MBP has quickly become a favorite of mix engineers, tracking engineers, and even FOH engineers. From mixing bass-heavy EDM to a delicate master of a chamber ensemble, it has something to offer everyone – no matter the use or genre.

With input and output transformers designed and implemented by Mr. Rupert Neve, the high-voltage 72V topology found in the Master Buss Processor will integrate flawlessly with virtually any system. Additionally, the MBP incorporates mastering-grade detented pots throughout to fine-tune its revolutionary dynamics, tone, and stereo field controls. This new topology is a significant evolution of Mr Rupert Neve’s classic designs with appreciable benefits to headroom, dynamic range, distortion, noise, slew rate, bandwidth, and accuracy while still providing the sweet, musical performance that has been a part of countless recordings.

The MBP’s two compressor sections allow virtually limitless possibilities in dynamics for either dual mono or stereo sources, with controls for ratio, threshold, attack, release, blend, side chain HPF, limit and make up gain. When engaged, the compressor section can be used in both feed-forward and feed-back modes to provide a transparent modern response (feed-forward), or a smoother, more musical vintage response (feed-back). Peak mode alters the compressor’s attack to react to peak transients with a roughly .1ms response time. When the Peak switch is disengaged, the compressor responds to the RMS signal in conjunction with the attack and release settings. SC HPF inserts a high pass filter at 250 Hz into the side chain to deal with intense low frequencies that may skew the response of the VCA with certain songs and instruments. “Blend” creates a parallel mix between the compressed and dry signals. By mixing the compressed and dry signals, it is possible to increase the volume of quieter elements in the source material (for instance, delicate snare brushing on a track with much louder hits), while maintaining a natural dynamic feel for the louder elements.

To further control the side chain, there is also an insert “send” and “return” that may be paired with an external EQ or other filters for additional manipulation. The “return” may also be used as a “Key” input for ducking one signal to another (for instance, a voice-over keying the compressor to duck a background music track).

With the stereo link control engaged, Ch. A settings act as the master control for convenient operation.

The Portico II Master Buss Processor also features an extremely versatile, transparent and musical limiter. At first glance, one might scoff at the single knob operation – however, this limiter is extremely intelligent, knowing how to appropriately respond to the various signals presented to it. Our new Adaptive Release Technology is behind this revolutionary performance. Using a blend of release time constants, this limiter will simultaneously respond quickly to transient material (such as the “snap” of a snare drum) and slowly to more sluggish signals (such as a bass guitar). This configuration allows the limiter to grab a transient and let go just an instant later, while also dealing with more constant signals in a slower, more musical way. In this manner, the MBP’s limiter can provide a much more aggressive amount of limiting than typically possible, while maintaining the essential character of the music and remaining free of the modulation distortion usually found in a fast-acting limiter.

Typically there is a tradeoff between how fast a limiter can react and the amount of modulation distortion in the lower frequencies. This is due to the lower frequencies finding their way into the side chain signal, triggering the compressor on and off very quickly, which ends up modulating the overall signal. This is interesting to look at with sine waves, but sounds quite undesirable with music. The MBP does not have this tradeoff, and one is able to have the best of both worlds: a quick, snappy response while maintaining the integrity and smoothness of the low end. In addition to the adaptive time constant circuitry, the release time is also varied with the position of the knob. As the knob is turned counter-clock-wise, the release time is increased accordingly, as typically one would want a longer release time with a larger amount of reduction.

“"It initially caught my attention because of the limiter section. I was in need of a transparent limiter before my A/D converter; one that didn't crap out or fold up with certain types of songs. I bought it for that use, but I found myself using the piece much more than expected." - Michael Romanowski”

The new limiter found in the MBP is designed to respond as fast as .03 mS in order to reduce the first half of a 20 kHz waveform over the threshold. It has a “medium knee” initial ratio and within 3 dB of the threshold attains a better than 10:1 ratio. A soft-clip circuit catches transients that may have been in the “knee” when the threshold knob is set quite high. Both the limiter and soft clipper are switched out of circuit with the knob is fully clockwise. The release times are fully automatic and adjust depending both on the average depth of limiting and the duration of the transients above the threshold. The limiters share the same discrete, class-A gain module and VCA with the compressors, so using the Limiter does not introduce more stages that the music would have to pass through. This combination of features provides exceptionally transparent limiting, and often allows twice as much gain reduction compared to other limiters before objectionable artifacts become apparent.

The width control enables the user to increase or decrease the width of a stereo image (wide/mono) and adjust the amount of ambience inherent in the recording. As the width control is rotated toward wide, the amount of difference material is boosted, often resulting in more ambient material, and accentuated stereo reverbs. Conversely, the stereo field is contracted when rotated to mono, and, if the left and right channels are highly coherent (i.e. both channels include closely similar material that is in phase), this mono content is enhanced. If the phase of one of the input channels is then reversed the mono content may be virtually eliminated. Because the amount of effect the width control has is entirely dependent on the amount of stereo information in the original source material and the interplay between the stereo field editor′s other controls, listening and experimentation are essential for the best results.

The depth control adjusts the spatial positioning of elements in the sound stage. Center-panned elements like solo instrument or vocal can be brought forward in a mix, in relation to supporting instruments. In many cases, these same elements may be virtually eliminated without adversely affecting the music bed. Used in conjunction, the depth and width controls effectively alter the perceived room ambience and dimension.

“"The most surprising feature, and one that I didn't think I would use at all, is the ability to adjust the width or depth of selected frequency ranges...I have found it to be an excellent tool to help polish challengingly difficult songs." - Michael Romanowski”

To fine tune the SFE, there are individual filters that allow a fine tuning of what information is reintroduced from the width and depth circuits, thus tailoring each effect to a specific bandwidth. For example, if one wanted to increase the amount of low frequencies in the center image, engaging the SFE Depth and Depth EQ, set to LF, would filter out everything in the Mid signal except what is below the filter point (in this case, 250 Hz), and once reintroduced to the original would result in a perceived increase in the low frequencies in the center image. It is also possible to do the same thing with the Width EQ, except instead of boosting the width, cutting it, which removes low frequencies from the Sides, tightening up the low frequency perception in the center. Using the Width EQ again, this time set to HM (or LM as the case may be), increasing the amount of band-passed Side information can provide a wonderful spreading of instruments, reverberation and background vocals, giving the illusion that the sounds are spread further out, enveloping the listener.

Another technique available on the SFE is routing the Mid and Side signals to the Channel A and Channel B compressors, respectively. Now whatever amount of Depth or Width is introduced is first routed to the compressors, allowing the user to utilize the compressor features on the Mid and Side information. Now it is possible to not only increase the side information, but to utilize the compressor to bring up some of the low level side information, or allow the user to tame an overly expressive lead singer. With the addition of using the EQ section on the Depth and Width, a wide range of tools is available to the engineer. 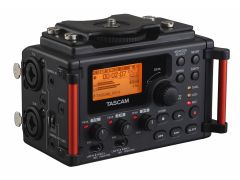 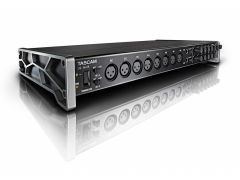 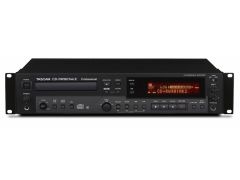 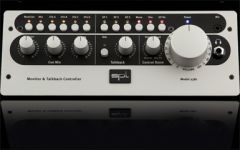 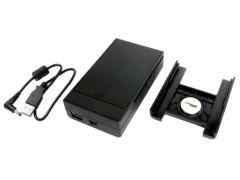 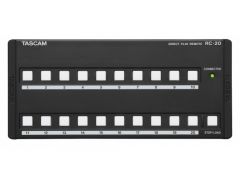 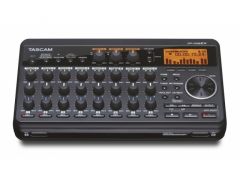